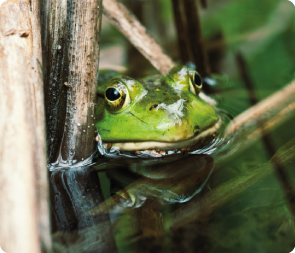 Dr. Tyrone Hayes, on the faculty of the University of California, Berkeley, claims that atrazine — even in extremely small amounts — sterilizes and feminizes male frogs.

He concludes that similar effects work on higher vertebrates — including humans, implicating atrazine in causing cancer in humans.

Furthermore, Dr. Hayes will not share the complete data from his experiments, even with EPA. After all these years, one can legitimately wonder why he won't make his data public.