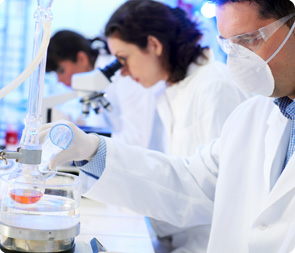 In response to Dr. Tyrone Hayes claims, EPA ordered atrazine's principal registrant to conduct two large-scale studies (Kloas, 2007) in Germany and the U.S. on the herbicide's effects on frogs.

After auditing the study and inspecting its data, EPA was convinced that atrazine as used did not pose a threat to frogs, announcing:

“The data are sufficiently robust to outweigh previous efforts to study the potential effects of atrazine on amphibian gonadal development” and “there is no compelling reason to pursue additional testing.”

Activists try to dismiss the Kloas and other studies by saying they are “industry funded” and therefore should be dismissed. What the activists well know — but won't tell you — is that companies involved in the EPA review process are required by U.S. law to fund such studies, so as not to put the burden on the taxpayer. These are multimillion dollar, state-of-the art laboratory studies, well beyond the means of most university researchers.

Just as important, every aspect of the studies is transparent to the public and authorized, audited and reviewed by EPA. This stands in stark contrast to Dr. Hayes, who has never released the data on which he says he makes his claims.

Activist attempts to discredit industry studies carried out at the behest and under the supervision of EPA would throw our regulatory process into chaos and enormously increase the burden on U.S. taxpayers and the federal deficit. The fact that activists continue to mischaracterize the context of these studies, just as they wrongly continue to claim that the EU has banned atrazine, may suggest that their other claims be treated with due skepticism as well.