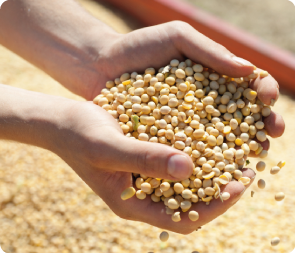 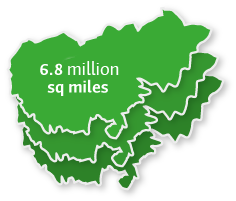 Experts agree that in order to feed an expanding world population with rising living standards, we will have to grow twice as much food by 2050.

So why not, then, turn to organic agriculture?

Because organic agriculture produces significantly less food per acre on average than modern agricultural techniques do. We will never meet the needs of a growing world with tight environmental constraints by being less productive.

On the other hand, modern agricultural technology in the U.S. has raised corn yields by 45 percent and soybean yields by 29 percent in 20 years. And Brazil has doubled soybean production in just the past 10 years. 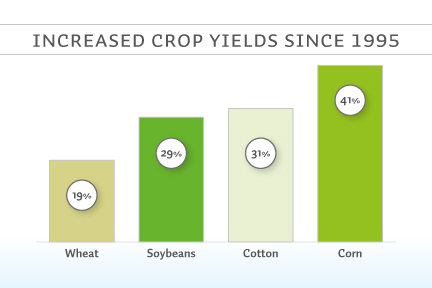 Since 1995, agriculture technology has dramatically increased crop yields in the US.

Without new technology, we will be forced to plant twice as many acres as we do now to double our food production. But almost all the readily available farmland is already being cultivated. That means we'll have to cut down ever more forests and destroy ever more animal habitats — unless we continue to use advanced agricultural technologies to grow more with less.

We CAN do it. In fact, we've already done it before. According to a Stanford University study, advances in agriculture between 1961 and 2005 spared as much as 6.8 million square miles from cultivation.

It is clear that only by embracing technology can we meet the enormous challenge before us.