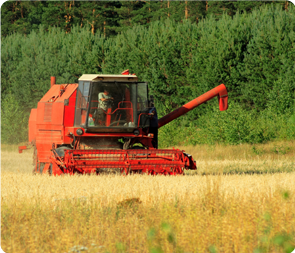 Atrazine has been the backbone of weed control in the U.S. for more than 50 years.

More than half of all U.S. corn acres, two-thirds of U.S. sorghum acres and up to 90 percent of U.S. sugar cane rely on atrazine.

According to a recent study by Dr. Don Coursey of The University of Chicago, between 38,000 to 85,000 American jobs depend on atrazine alone.

Dr. Coursey found that in Illinois, the second-largest corn-producing state, atrazine provided farmers up to $72 of benefits per acre in 2006. Minnesota farmers in 2006 gained up to $69 per acre.

For many farm families in this struggling economy, atrazine's productivity boost represents the margin between keeping the family farm and home — and losing everything.

In fact, if farmers were to lose this essential herbicide, unemployment in the corn economy could reach as high as 28 percent.

“It's hard to overestimate the importance of atrazine and the triazine herbicides to U.S. agricultural and global food supplies,” says Dr. David C. Bridges, president of Abraham Baldwin Agricultural College, a state college of the University System of Georgia. “They benefit food production, the environment and the economy—and that means jobs.”

Atrazine's value extends from farmers to the small businesses they support to the tax base of rural communities, funding schools and teachers, sheriff deputies and firemen, as well as thousands of small businesses.